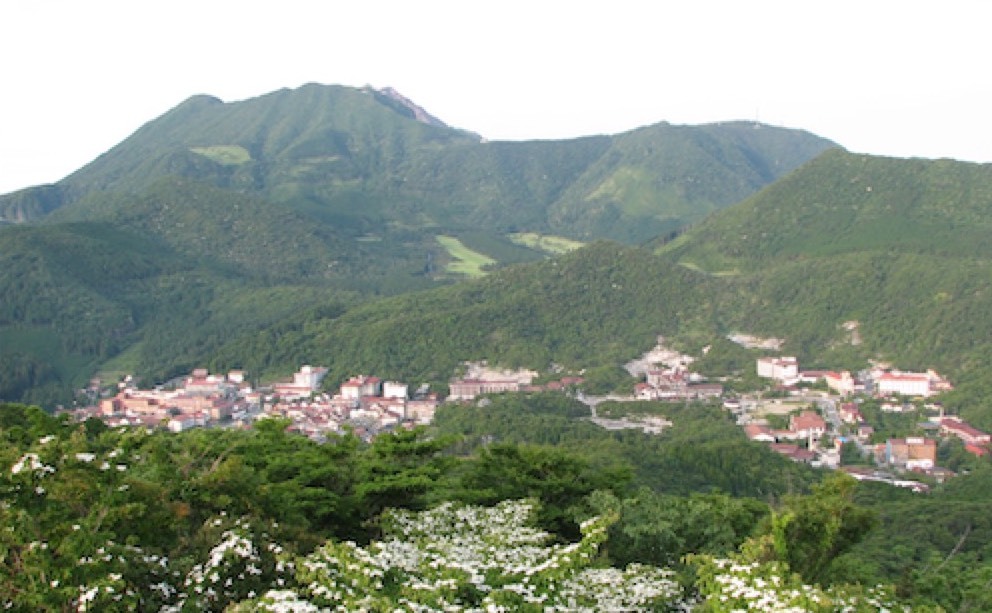 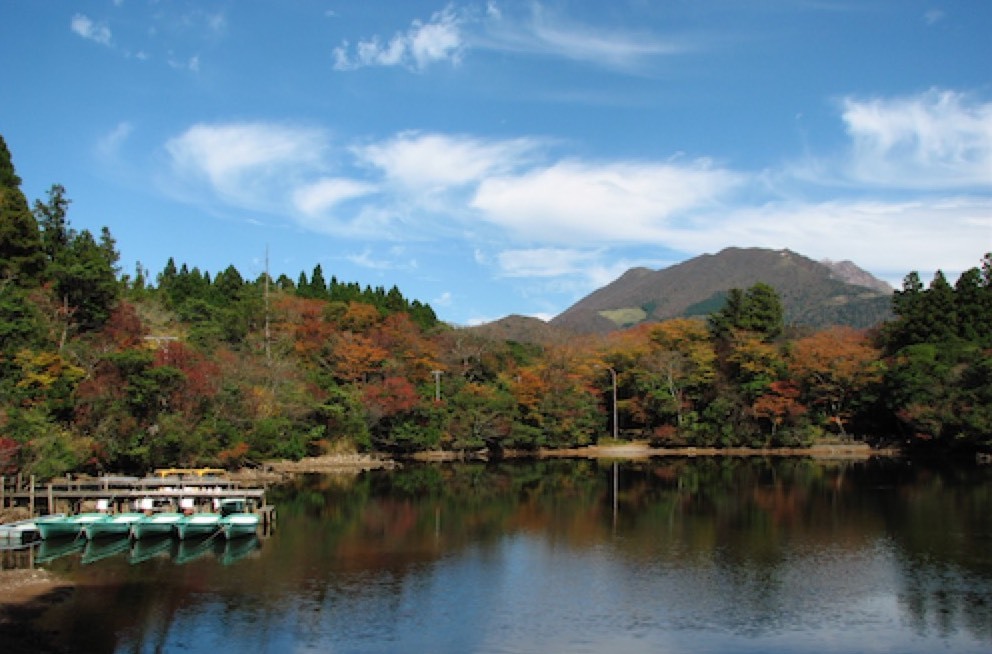 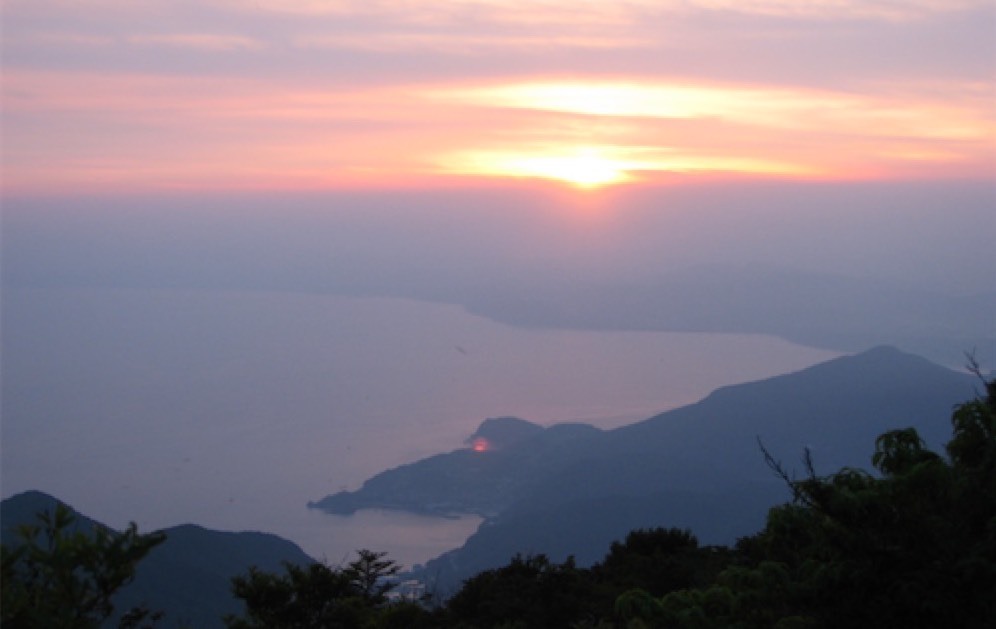 ★ 英語バージョン
This path leads to the top of Mount Kinugasa (870 m). As the most accessible hike from Unzen Onsen, this easy, family-friendly walk has been popular with visitors to the area for more than one hundred years. The first groups of westerners that vacationed in Unzen at the turn of the nineteenth century named it “Sunset Hill” after the beautiful sunset that is visible over Tachibana Bay. At the time, the hill was used for sheep grazing, and was covered in mainly bamboo, shrubs, and grasses. These low-lying plants didn’t get in the way of the excellent view from the top. Sheep grazing stopped in the 1950s, and forest reclaimed the old pasture. Today, Mount Kinugasa is home to countless songbirds and native plants. At the top, an observation deck brings you above the forest canopy to a beautiful, 360-degree view of the surrounding region—hot springs and volcanic mountains to the east and the shining bay to the west.
Geologic History
Mount Kinugasa was formed 250,000 years ago during one of Unzen’s many periods of volcanic activity. The pond at the foot of Mount Kinugasa is Shirakumo no Ike Pond (literally, “White Cloud Pond”). Beside the man-made pond is a stone washbasin as well as sacred Japanese cedar, suggesting that the area was likely a space for religious gatherings.

You are standing at the top of Mount Kinugasa (870 m). If you stand on the observation deck, and look out toward Tachibana Bay at dusk, you can see the same view that inspired early twentieth-century vacationers to nickname Mount Kinugasa “Sunset Hill.”
Mount Kinugasa is the result of an eruption that occurred 250,000 years ago and is far older than the taller, more magnificent mountains to the northeast. From the observation platform, you can see Mount Kinugasa’s younger siblings: on the left, Kunimidake and Myōkendake form the edge of the 25,000-year-old Myōken Caldera. Behind them, on a clear day you should be able to see the tallest, newest, and most volcanically active mountain: Heisei Shinzan. Heisei Shinzan grew from eruptions on Fugendake between 1991 and 1995. To the right is the rim of the Nodake Caldera, which formed approximately 70,000 years ago. Across the valley is Yadake, (literally “Arrow Mountain”) named for of its triangular shape.
Sandwiched in the valley below, the red-brown roofs of Unzen Onsen contrast beautifully with the surrounding greenery, as steam from the jigoku (“hells”) rises upward.